From bacon butcher to well-known producer in the Netherlands and far beyond. Our family has been unmistakably linked to the butcher’s trade for many years. The tradition that began in 1896 continues to inspire to this day.

“With respect for our past we set our sights on the future.” 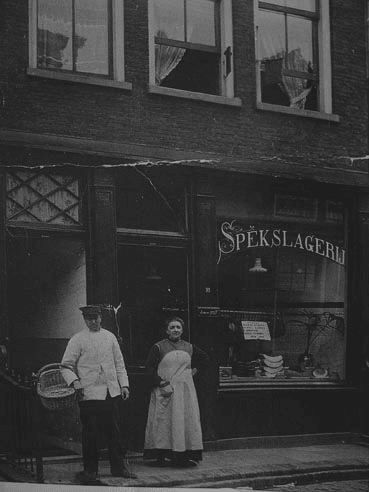 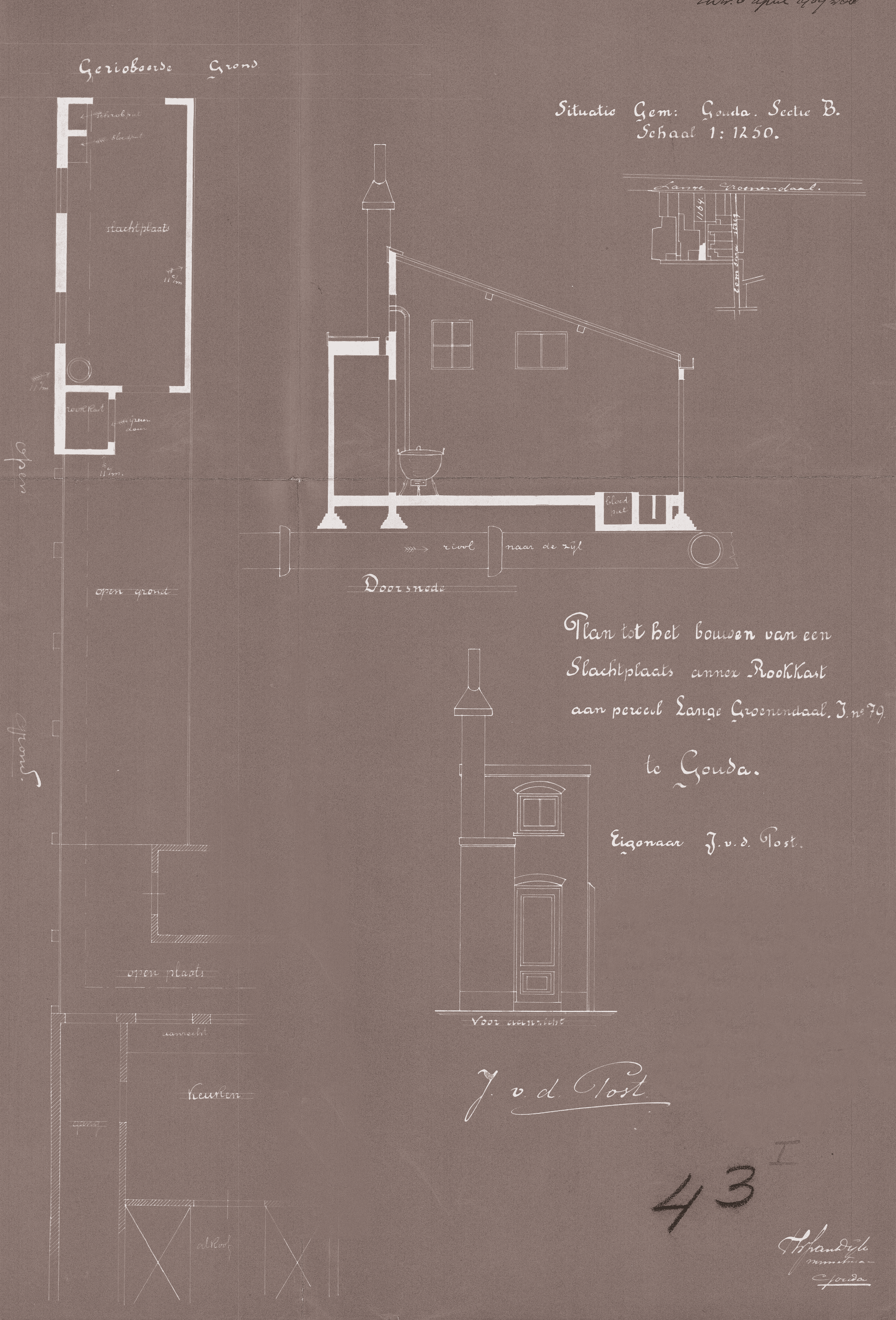 Jan van der Post continued to expand his business, trained his son Nicolaas Cornelis as a bacon butcher, and broadened his horizons by buying a larger plot in the area in 1908. The van der Post family and company moved there in 1909.

The next generation continued the business 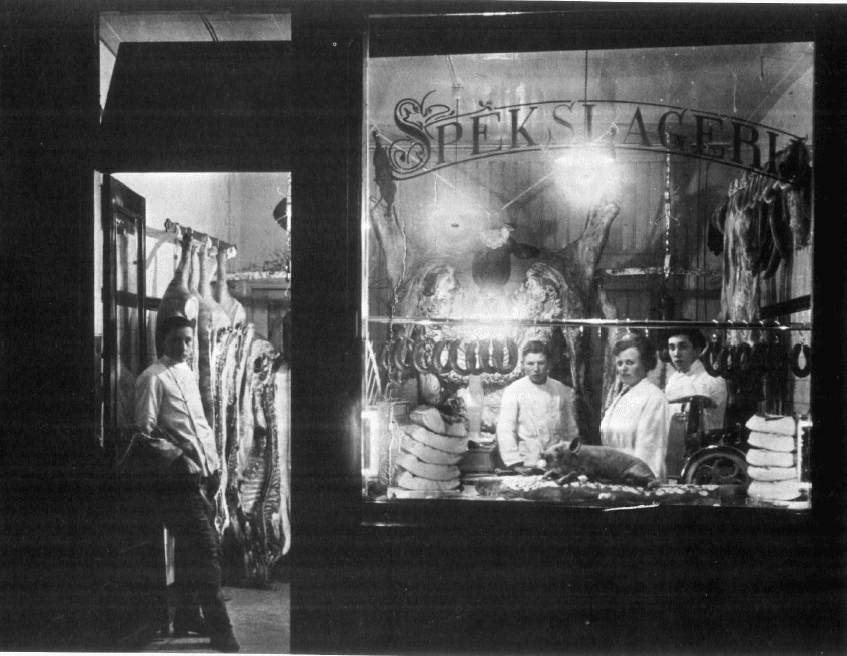 When the head of the household Jan van der Post died on 22 November 1919, his 20-year-old son Cornelis Nicolaas ‘Cor’ took over the business. 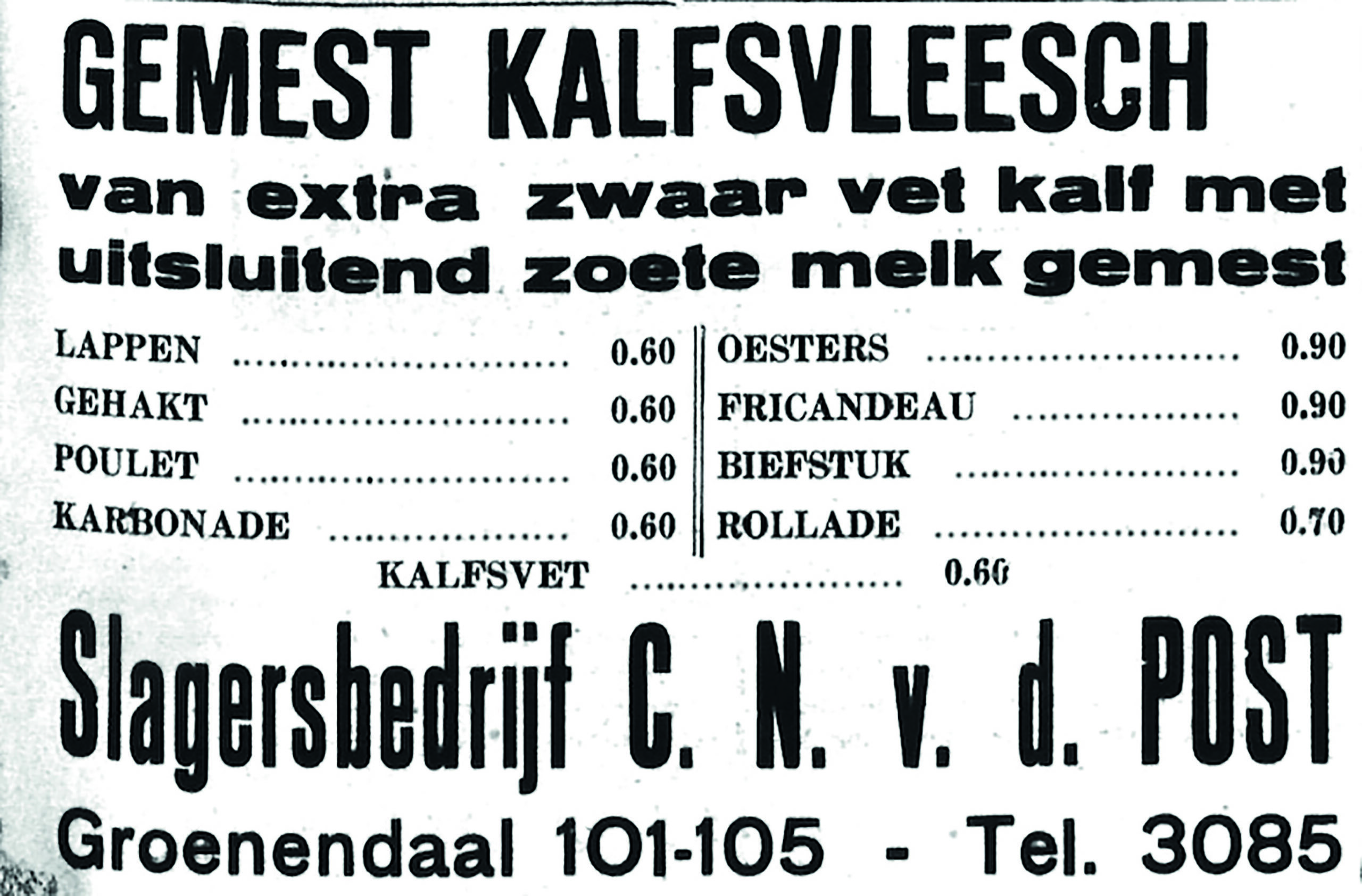 In November 1923 Cor acquired the premises with the upstairs apartment, yard and butcher’s shop on Groenendaal from his mother and became the owner of the family business. The butcher’s shop continued to grow and the address was now Lange Groenendaal 99 – 101. From that moment on the butcher’s shop also had a new name: ‘C.N. van der Post’.

Trade came to a halt during the economic crisis

In the early 1930s the Netherlands fell prey to a major economic depression following the collapse of the New York Stock Exchange in 1929. The family got through this difficult time by continuing to produce many quality veal products. Even during the economic downturn, there was sufficient demand for this type of speciality. 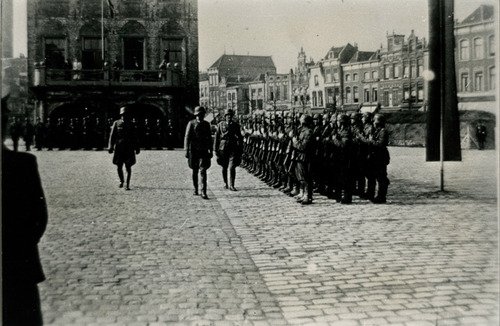 Shortly after Germany invaded the Netherlands, a column of German army vehicles drove into Gouda. That is when all kinds of strict German regulations came into force. The Germans controlled the distribution of food with distribution coupons. They requisitioned several large and vital Gouda businesses and put production under military supervision.

A sausage and meat products factory 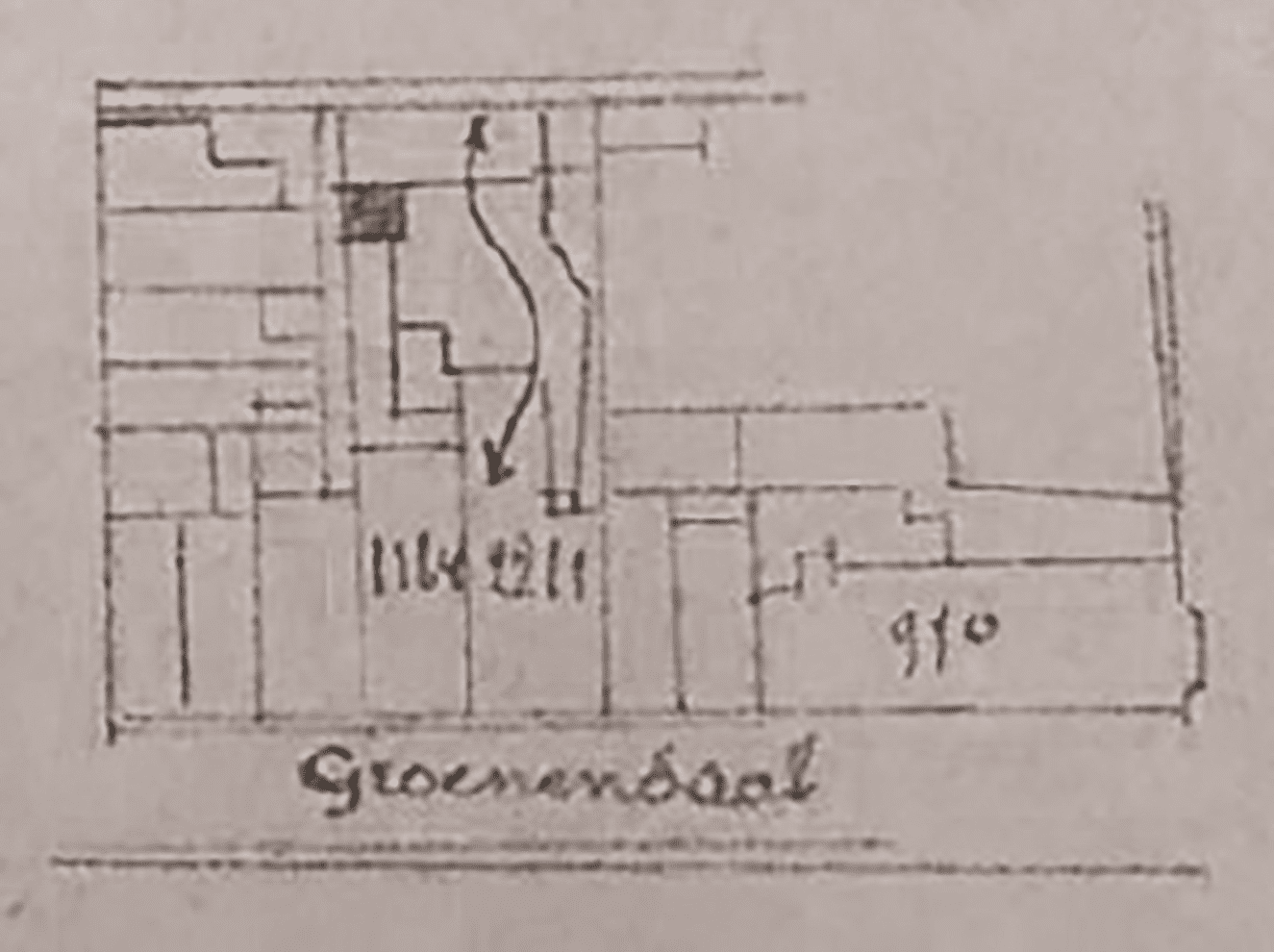 After the war, the reconstruction of Gouda could begin. As the city slowly recovered and blossomed, Cor van der Post sensed that a new era was dawning. In the years following the war, demand for food rose sharply among the growing urban population. Many people started using cured meat products like deli sausages to fill their sandwiches. To meet the rapidly increasing demand, Cor van der Post gradually expanded his butcher’s shop on Lange Groenendaal from 1946 onwards. 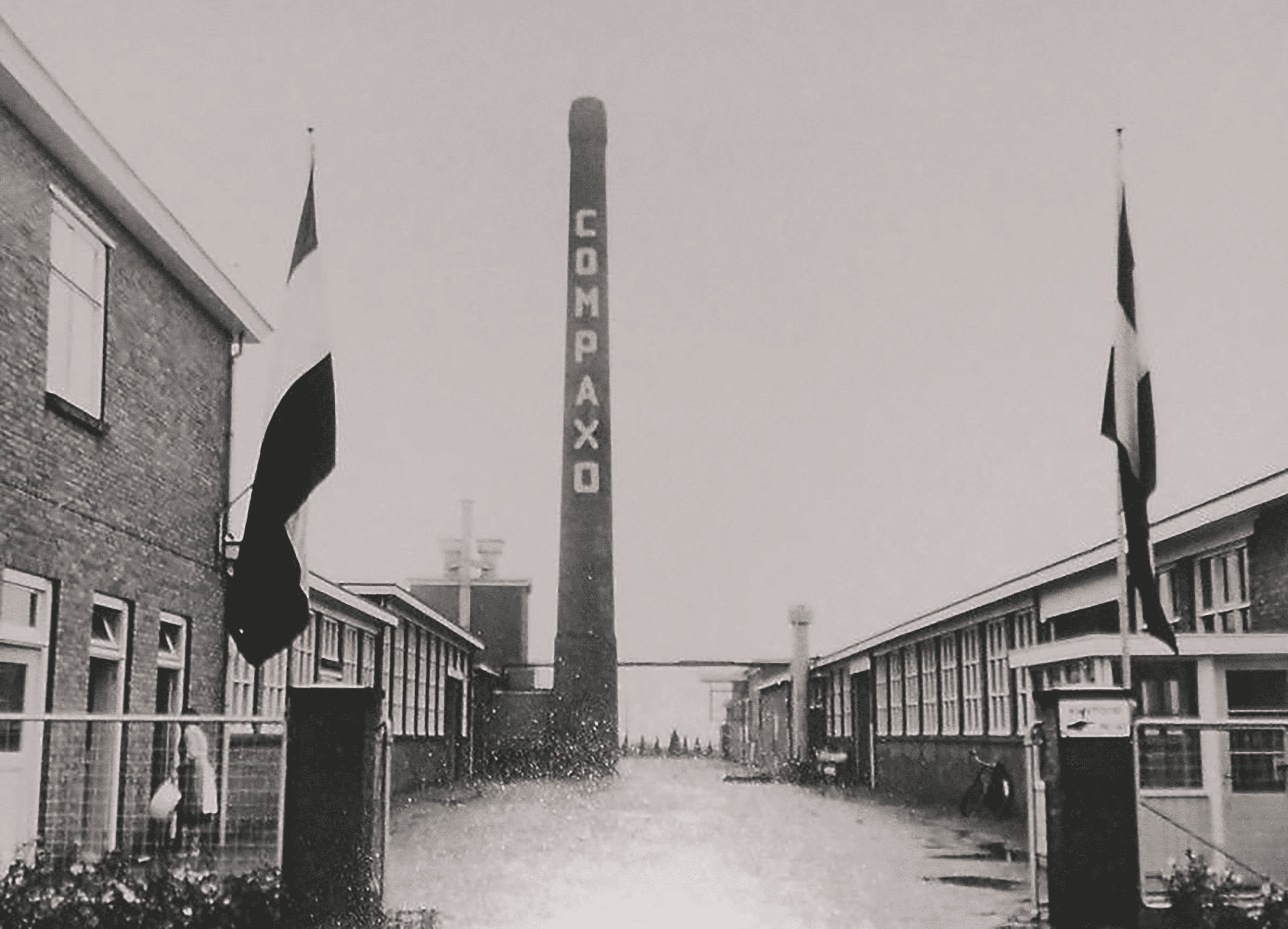 The transition from a small butcher’s shop to a meat products and sausage factory was quite a radical development for Cor van der Post’s business. He realised that the typically Dutch name ‘C.N. van der Post’ no longer suited the large-scale, international production site on Lange Groenendaal. So in 1948 he came up with a new, international company name that honoured his products. The company ‘dried’ its meat products to give them a more compact and solid form. Compact products are also perfect for export. Hence the clear name ‘Compaxo’.

A factory at two industrial properties 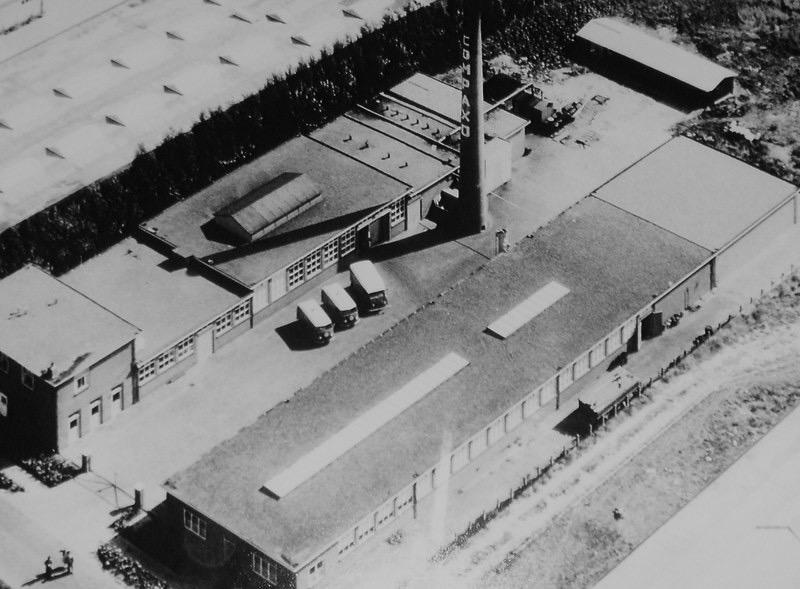 To support the growth of our family business after World War II, the company’s second generation established the ‘Vleeschwaren Fabriek Compaxo’ on Schielands Hoge Zeedijk in Gouda, where we are still located today. The second and third generations spotted and seized the opportunity to take their production to a larger scale and started. 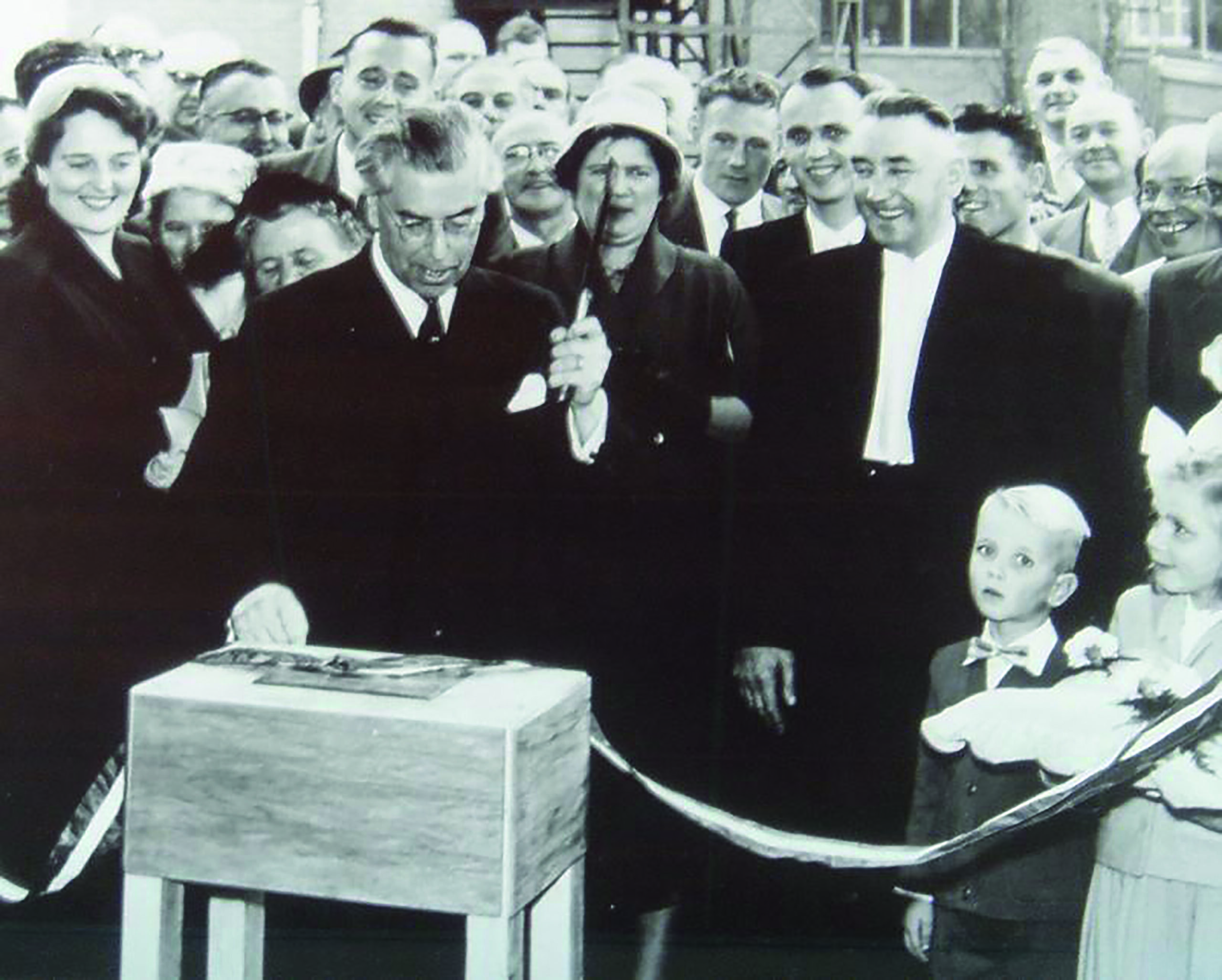 And Compaxo continued to grow. On Saturday 21 September 1957, the new slaughterhouse was opened with a special celebration during which a ribbon was cut with a cleaver.

The three sons joined the business 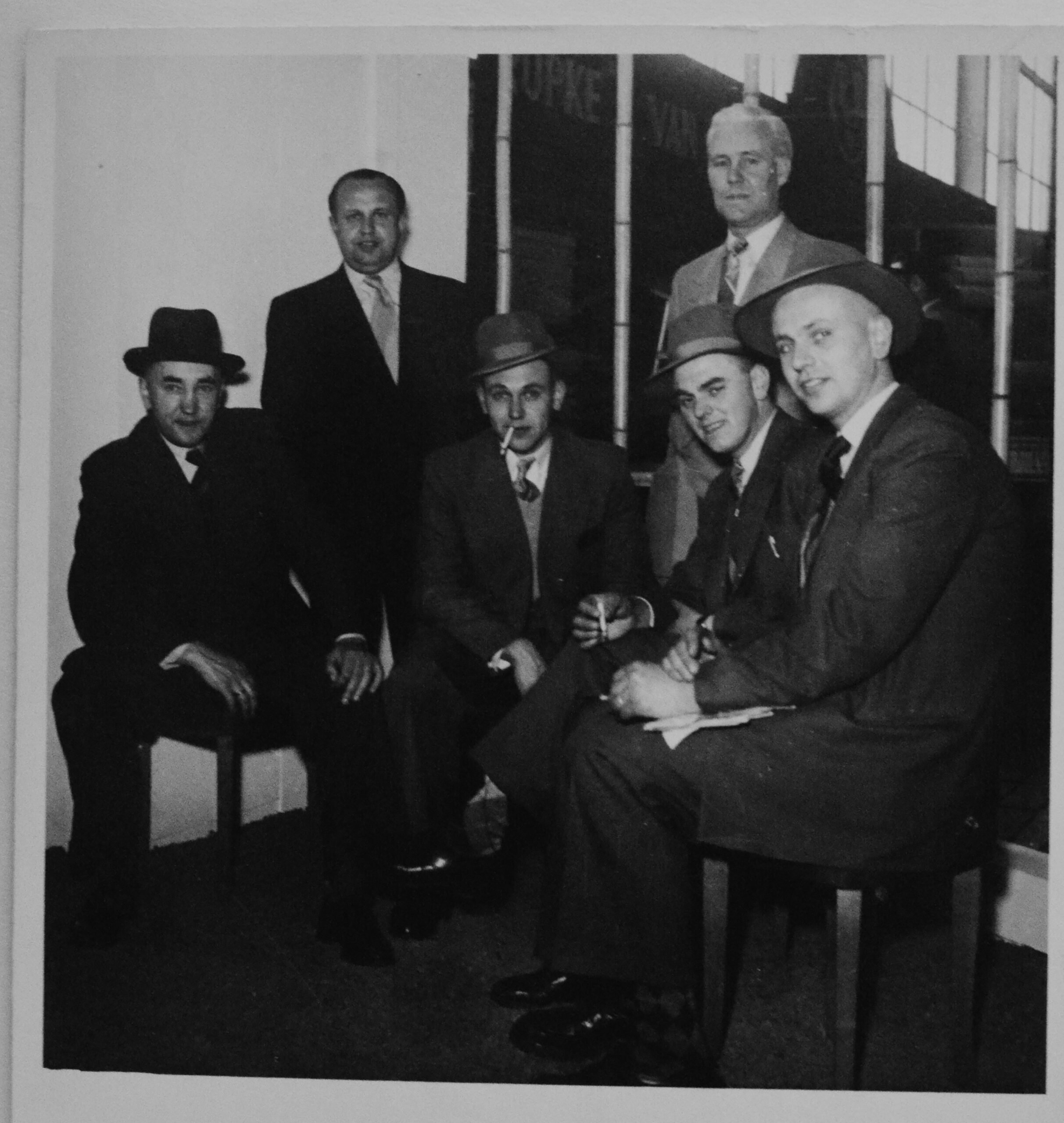 Compaxo now also owned the extensive complex on Schielands Hoge Zeedijk and Cor van der Post’s three sons, Jan, Chris and Cor Jr. had taken on important positions in the family business. To further reinforce their current roles and to safeguard the company’s future, father Cor van der Post set up the limited company ‘Compaxo NV’ together with his sons in the spring of 1962.

The arrival of the first immigrant workers 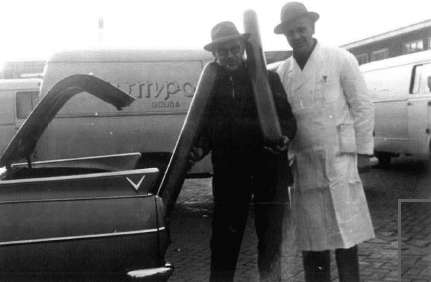 The immigrant workers soon became indispensable. They and their families became a colourful part of Gouda.

A new slaughterhouse in Zevenaar 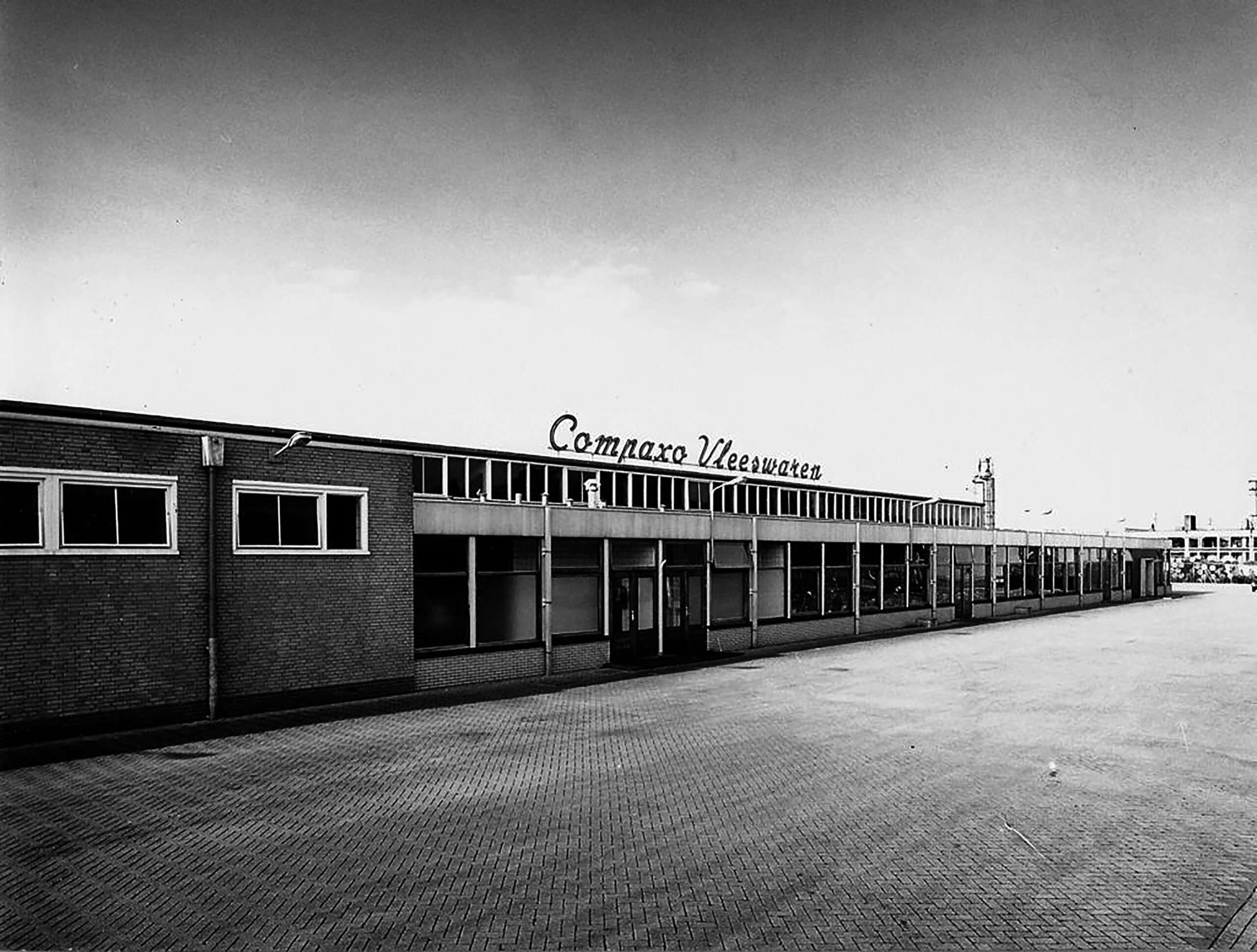 The family became more aware of the importance of a high-quality supply of ingredients to the Gouda site and was looking for greater independence. That led to the opening of the slaughterhouse in Zevenaar in 1973. Since Zevenaar already had numerous livestock farms, offered plenty of available land, had many people looking for work and would soon have excellent connections with the European hinterland, it didn’t take the famil long to decide to open a pig slaughterhouse at this location. A smart move that is one of the reasons why this site has now grown into a major export slaughterhouse.

Sons Jan, Chris and Cor Jr. took over the helm 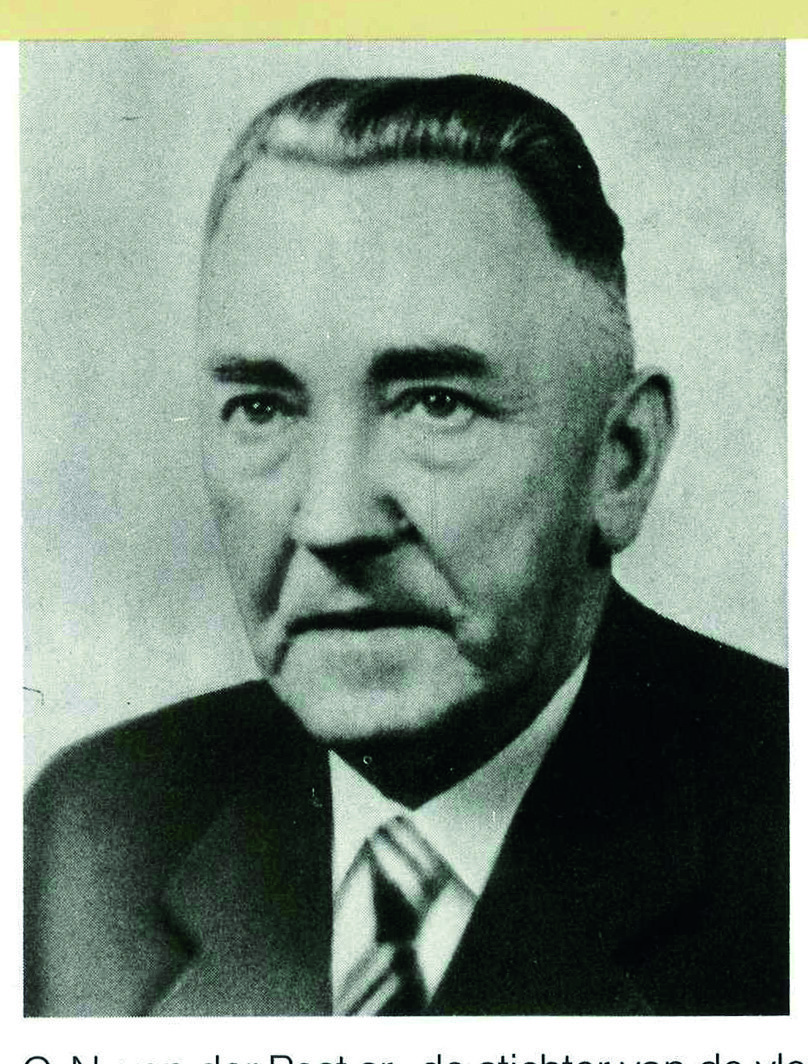 Cor van der Post died in March 1976. Compaxo had lost its founder. At the time, our family business changed from a public limited company to a private limited company that was transferred to Cor’s sons Jan, Chris and Cor Jr. who had been with the company for decades. They continued the company’s successful policy and introduced the next generation of van der Posts in the following years. They always showed the family’s characteristic no-nonsense mentality that always put the company’s interests first. 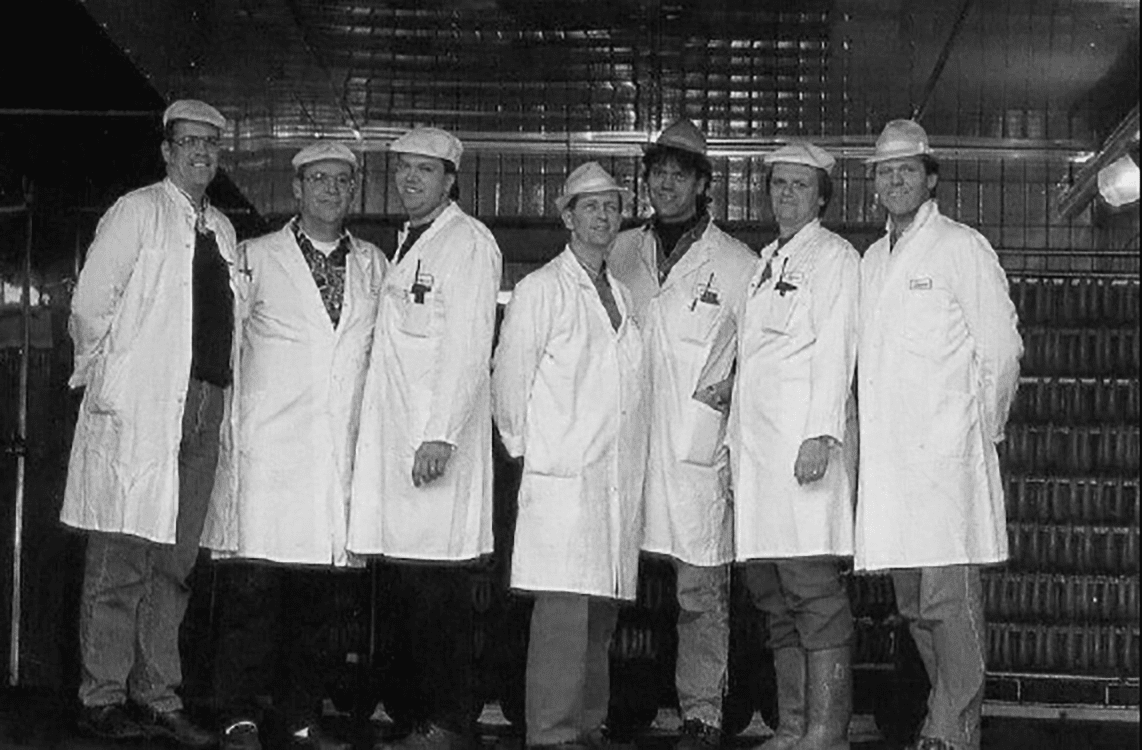 The sons of brothers Chris and Cor van der Post took over the helm of the family business in 1981: the seven nephews Kees, Chris, Gerard and Nico van der Post (Chris’ sons) and Cor, Paul and Jan van der Post (Cor’s sons). The era of the fourth generation of van der Posts had begun. They had learned the trade very early on when they visited their grandad’s house to taste and judge sausages. This is very typical of the proud van der Post family, who prefer to teach their own children the trade themselves. After all, they are the very best craftsmen in the business. That is how the van der Post clan set the course for each family member.

In 1982, a new division was set up in Gouda to focus entirely on its export of bacon, primarily for export to Great Britain. In 1989, that department moved to Zevenaar. 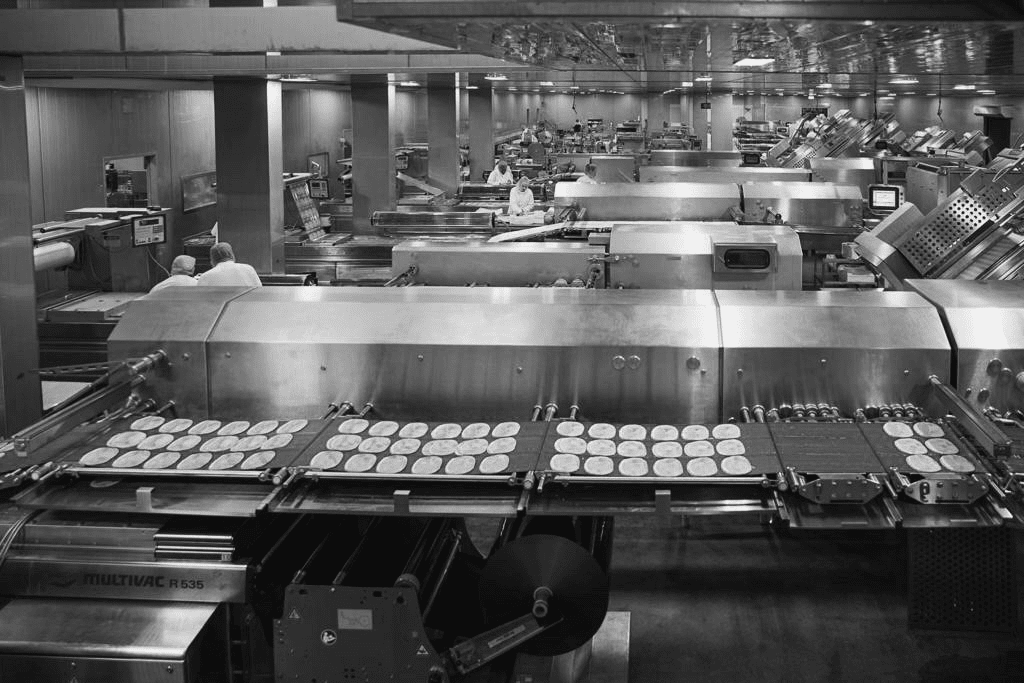 With the rise of the supermarket and an increasing demand for fresh, ready-to-eat products at low prices, the company invested in an automatic slicing line in the 1980s. Customers could easily unpack and present the meat products without it resembling anything other than freshly cold cuts.

A new bacon factory in Zevenaar 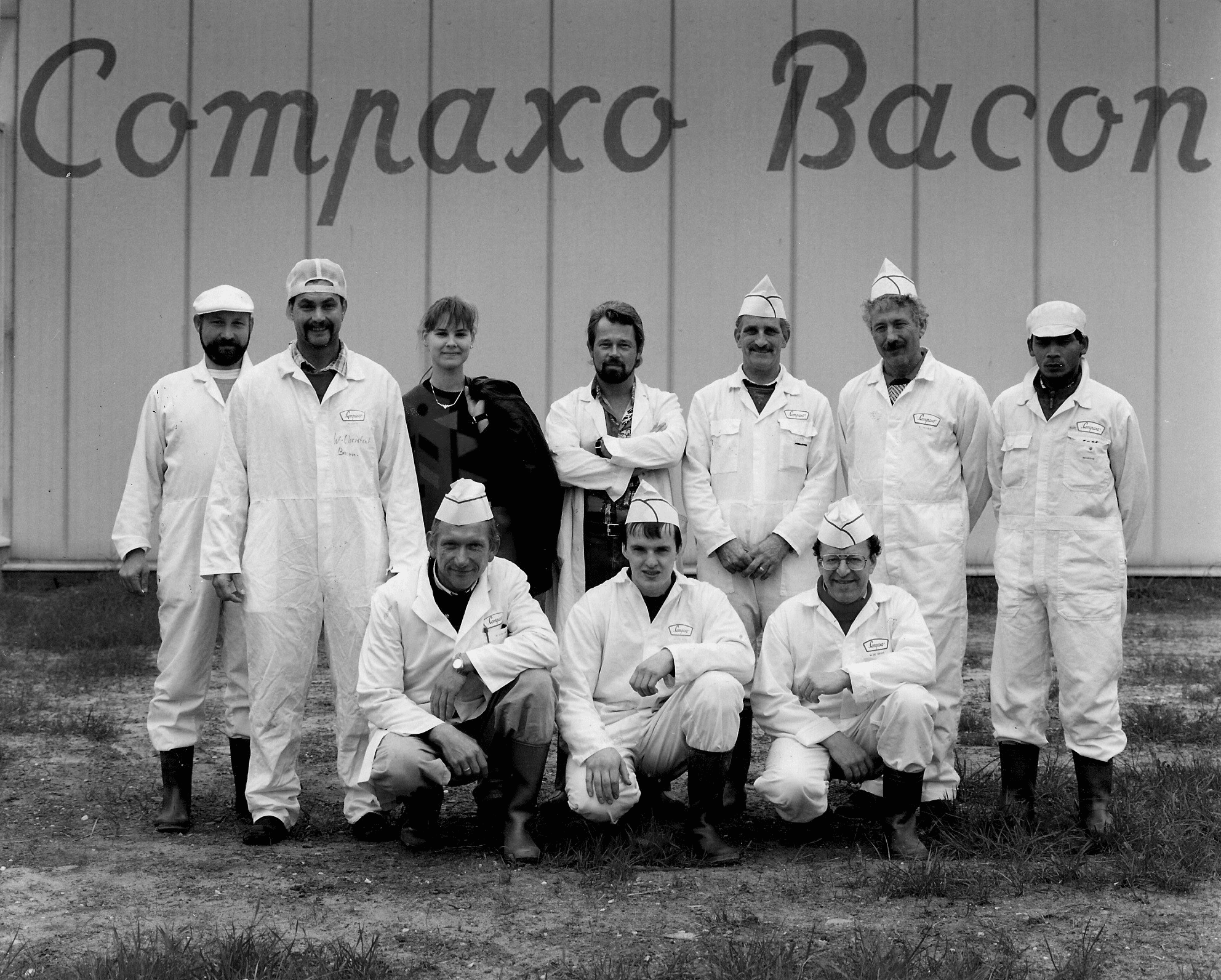 In 1983, Cor took over from Jan van der Post and the company grew from 25 to 100 employees. The organisation’s streamlining, the construction of its own cold store, the supply of pigs from regular suppliers and the efficiency of the slaughterhouse set-up guaranteed Compaxo’s quality and continuity. In 1989, a new bacon factory opened to take over the operations of the bacon department in Gouda. Zevenaar also adopted inline methods. This makes sure the bacon is processed quickly and efficiently into an even better product.

Focus on production for private labels 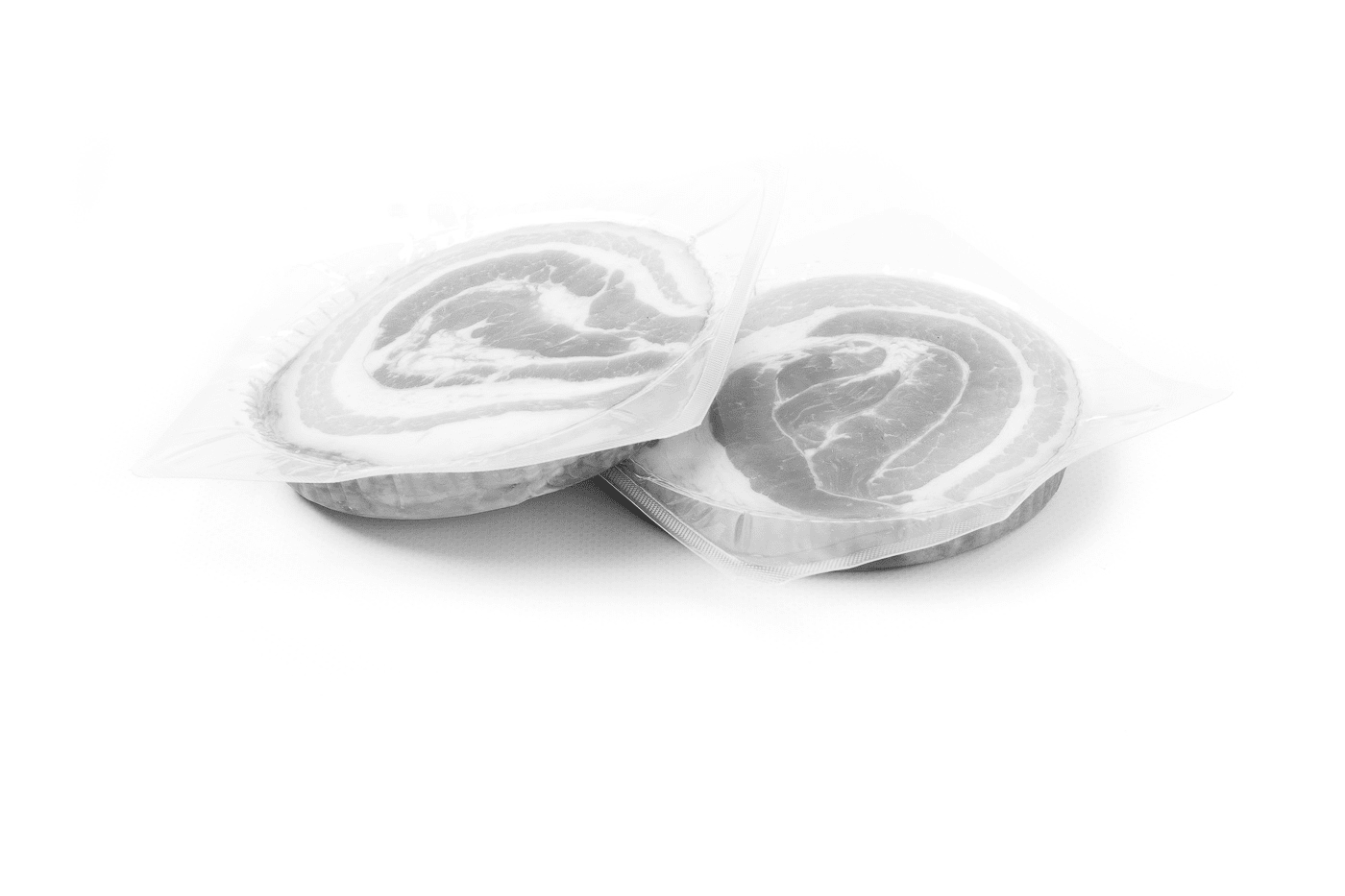 In the 1990s, department stores and supermarket chains were developing more and more of their own brands: products that were produced on their behalf. By creating strong own brands, retailers can claim exclusivity and achieve a unique position in the market. At that time, Compaxo decided to become a leading supplier of private label meat products and tone down its focus on B2C. The money it saved this way was invested in the factory and machinery in order to strengthen their position on the B2B market.

The new Co-extrusion line in Gouda 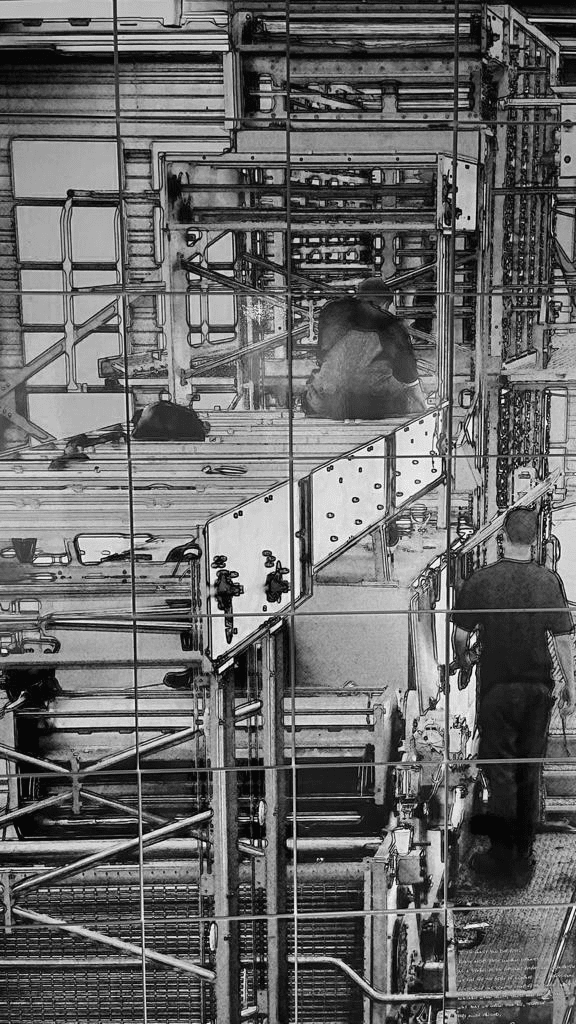 In 1999, we seized the opportunity to explore the possibilities of the now well known ‘coex layer’. In 2000, our own co-extrusion line enabled us to offer our clients both the traditional casing as well as a new casing made with a layer of protein that is subjected to an in-line pasteurisation bath. In 2001, this line was fully operational. Thanks to its excellent taste and long non-refrigerated shelf life, the new technique was welcomed with open arms. 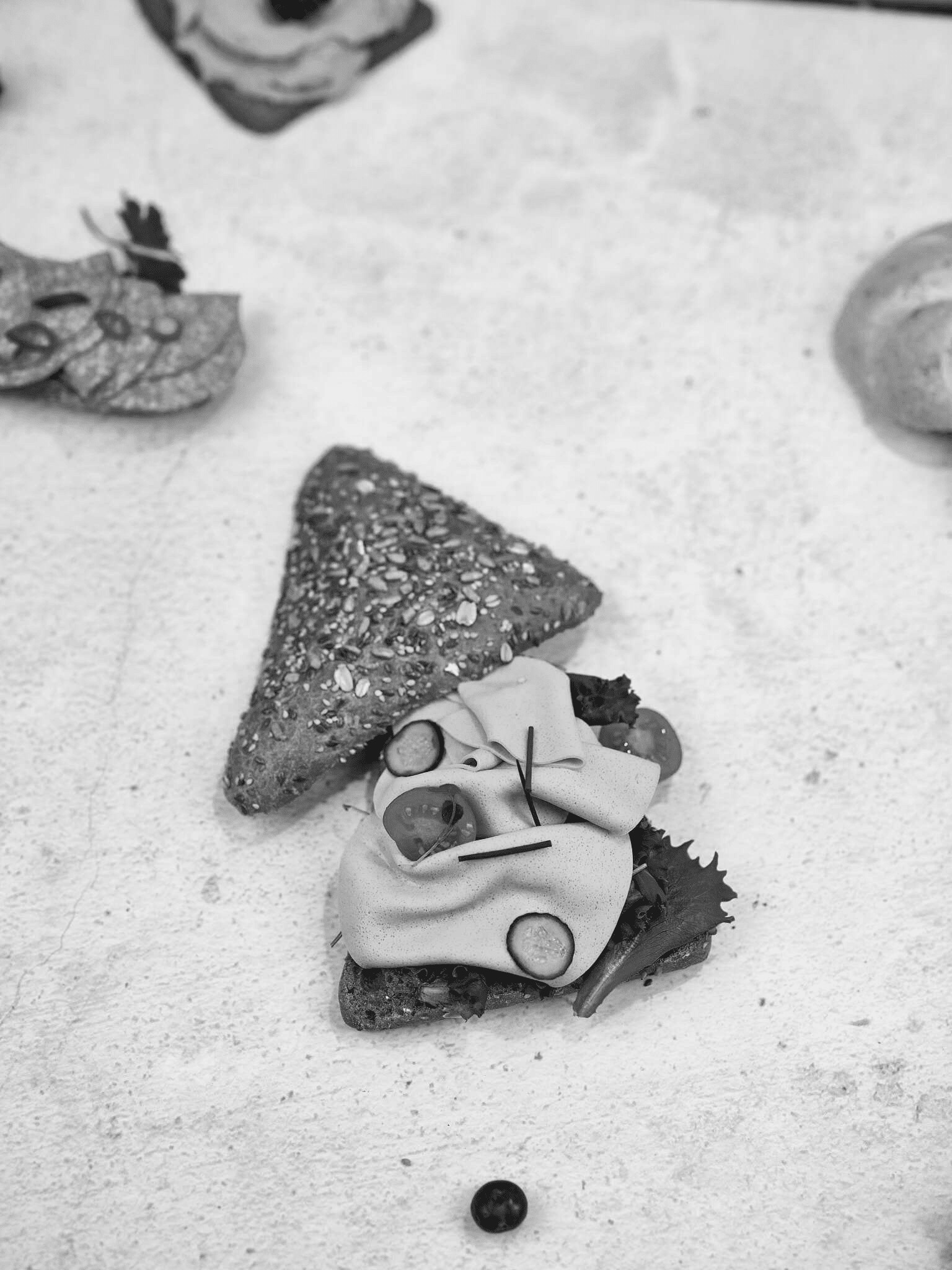 The flexitarian has now joined our traditional food culture. In recent years there has been a significant growth in plant-based meat replacements. Our family business is responding to that revolution since 2017, by offering alternatives for its sausage products and sandwich fillings.

The emergence of the 5th van der Post generation 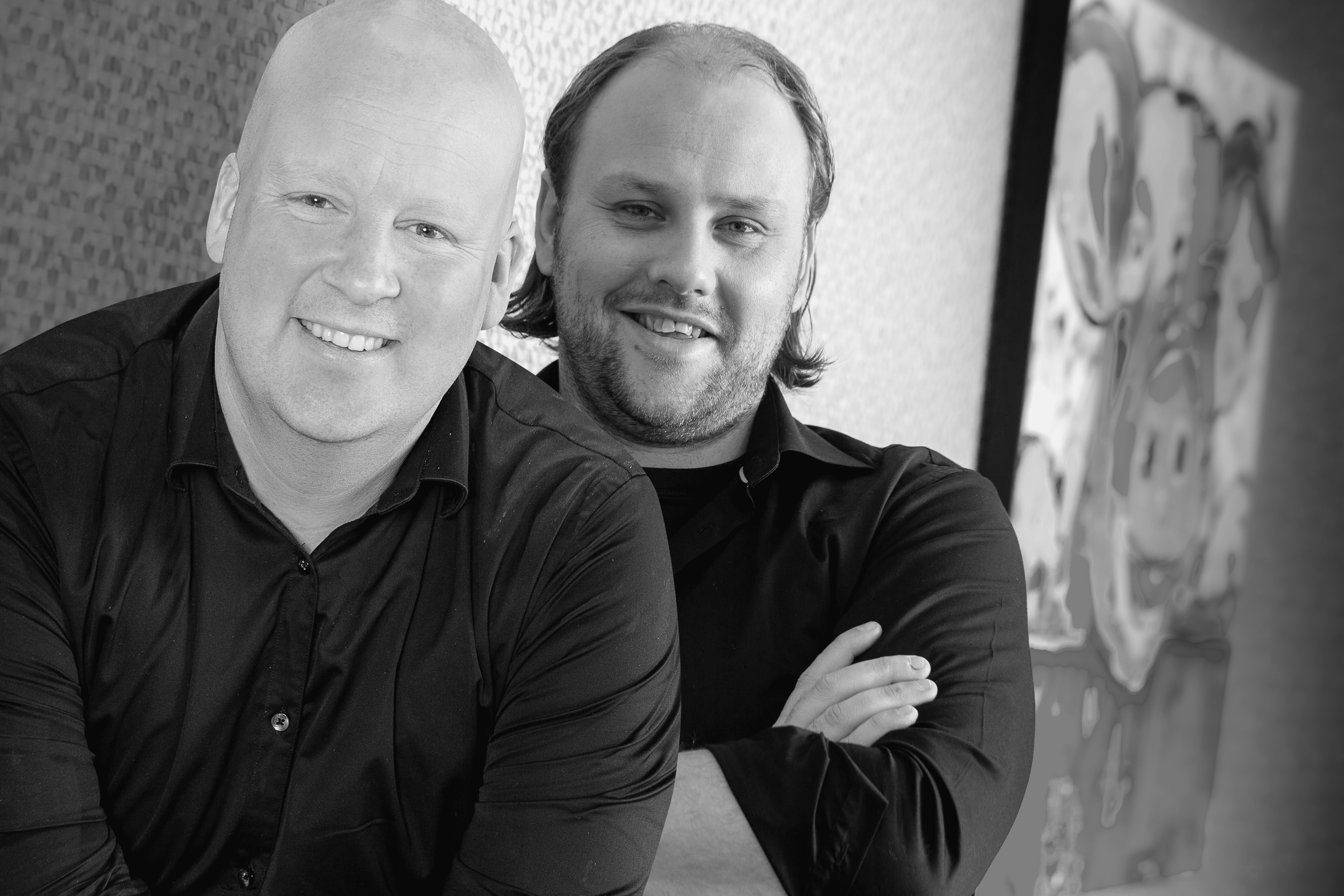 The senior van der Posts again passed the baton to the younger generation representing 13 shareholders. During this transition, the core values were tested and entrenched further. One thing is certain: the business’s rich history has laid a healthy foundation for the future. 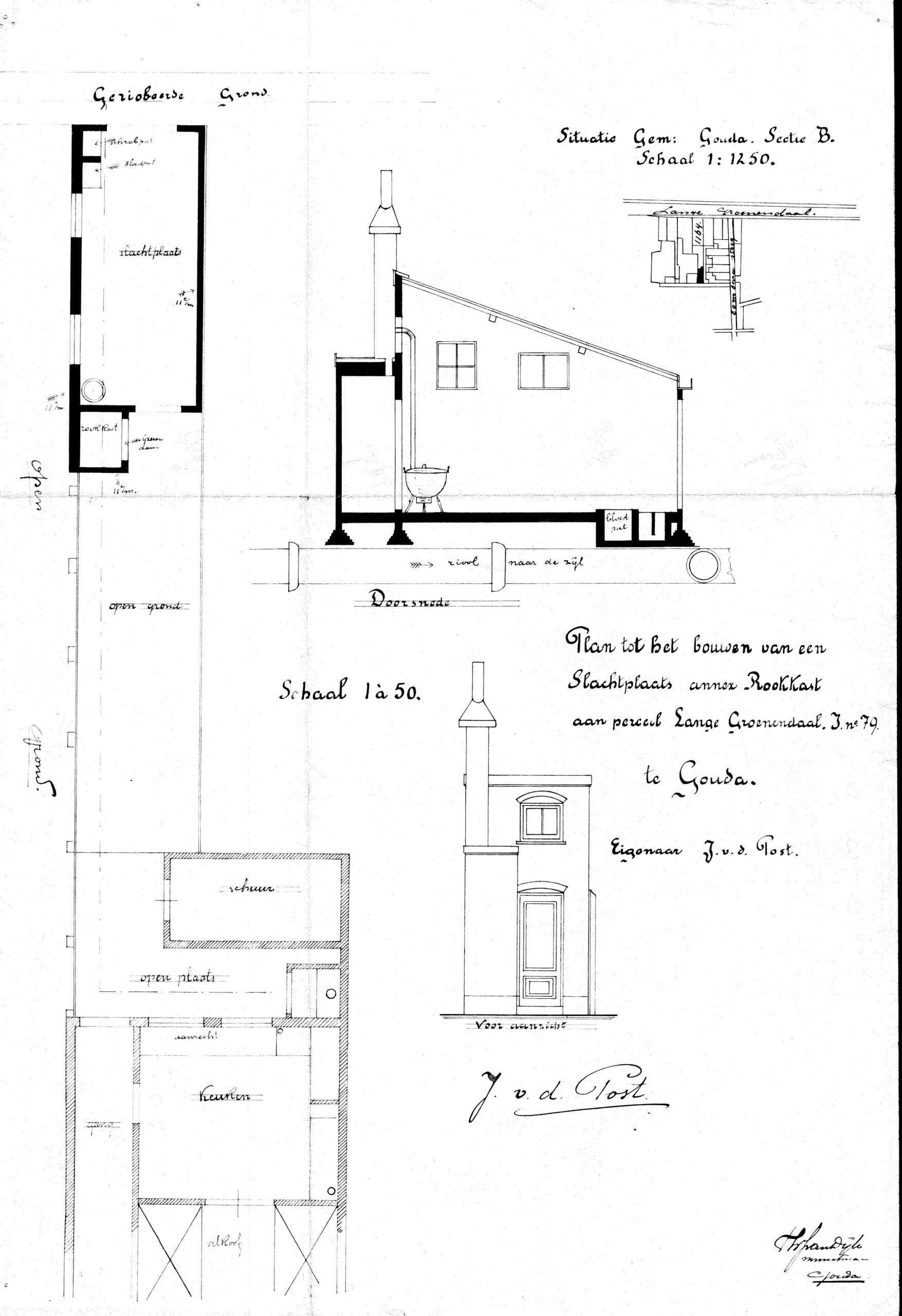 By passing on its know-how and traditions, our family business has continued to develop its centuries-old passion for five generations. 2021 is a year with a special focus on our long-term vision based on family traditions. 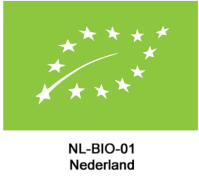 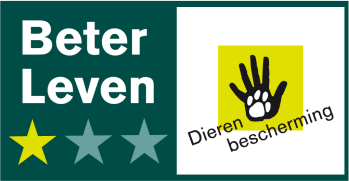 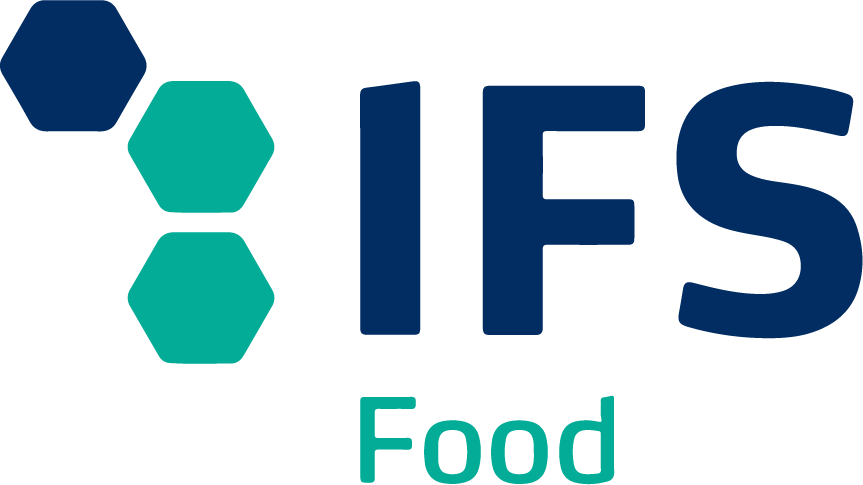